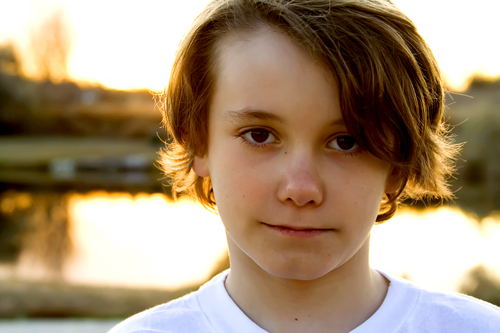 A few weeks ago, Tyler came to us and told us that they were holding auditions for the middle school musical production of Twinderella, and they were opening up the auditions to the fifth graders as well. He told us that he wanted to audition and the following week signed up for a spot. Last Thursday he auditioned by singing Twinkle, Twinkle Little Star and reciting from memory the Robert Frost poem Dust of Snow. For that alone, I was extremely proud. Today he learned that he has a part in the play!! More details are forthcoming, but in the meantime, we are basking in the glow of his middle school musical stardom.

In other news, I know that it has been a long time since I have updated the old blog, and for that I do apologize. I have been extremely busy with school and keeping straight A’s in all five of my classes. I hope you will forgive me. I’ll try to find some time to do a more complete update sometime this week. For now, I must go type up my final paper for my last Fundamentals of Design class tomorrow.

This site uses Akismet to reduce spam. Learn how your comment data is processed.